A Resolution to Love Yourself Just As You Are 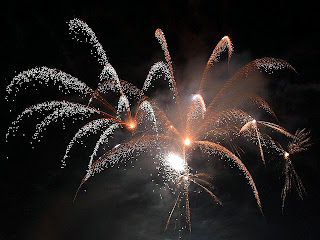 By Judith Froemming
ç December, 2010
The snow is falling, people are bustling, turkeys are roasting. The holiday season is here. Right after you've eaten your fill, opened your presents, and kissed your last relative goodbye, a sense of exhaustion washes over you as you realize that 2010 is over. A new year is about to begin. You think, with a sigh, that you haven't lost those 20 pounds, you're still working at the same unfulfilling job and you are still in the same power struggle with your wife/husband/lover/child/yourself. Where did the possibilities go?
A client recently said to me, “I have to make a New Year's resolution to stop procrastinating, but I'm better at breaking them than making them. Is there a trick to making a good New Year's Resolution?
There is no trick, except in the mind. The only thing that I have to do is question my thoughts about having to be better, work harder, and go faster. What if where I am is exactly where I'm supposed to be? My life is my teacher. What if I'm enough, just as I am? That's a peaceful thought, and in thinking it, I feel better. If I try to force myself to change through tricks and manipulations, I end up pushing the same rock up the same hill over and over again. So I stop pushing against and start going with myself.
Where did this need to constantly push and bend ourselves into a pretzel of twisted improvement come from? We were told a story. When I was a very little girl, I was told that there was a Santa Claus. About age seven or eight, a sixth grader told me that Santa Claus was made up. I was confused and sad, but my mom told me that it was true. She told me that I was growing up now and grownups don't believe in Santa Claus. I didn't find that very helpful, so she told me that I'd still get presents. I felt a little better. When she told me that I could help trick my younger brother, I felt even better. This is just one of the stories I was told. But at least I was told it was a story.
Another story that I was told when I was very young, was that I was born originally sinful (read: not good enough) and that if I didn't try hard to be better, I'd be punished. A lot. No one came back later and told me that this story was also made up. It was. And it was a very scary story for a child. Most of us carry a version of it with us today at the subconscious level. Even if we've personally walked away from this particular doctrine, its residue permeates the subconscious level of our culture.
In many ways we're still pushing, rushing, and forcing to get our lives right, to be better, to go faster because no one came back and told us it's all made up. We're good enough. Even rush hour is made up. I don't have to rush to improve my life. When I create calm hour and calm life, I thrive.
As it turns out, I'm originally blessed. When I live my original blessing, my deep sense of inadequacy dissolves. I begin to trust that my own life will guide me and teach me. I begin to trust that when I do what gives me energy, I thrive and become who I really am. I create my life's purpose with Joy and Balance. And no pushing is needed.
Life happens on its own. It's a flowing river. All I have to do is turn my canoe downstream and paddle with the flow instead of against it. I can trust the process; this natural flow of life. Instead of living my life, life lives me. It gets easier.
Discover the benefits of curiosity and openness. Learn to live in the flow of the Universe. Suzuki Roshi famously called this ability beginner’s mind. In his words, “we pay attention with respect and interest, not in order to manipulate, but to understand what is true. And seeing what is true, the heart becomes free.”
Here are three simple steps to help you begin:
• Find a quite place to sit, close your eyes and take a slow deep breath into your diaphragm (visualize blowing up a balloon in your belly). Breathe in through your nose and out through your mouth. Make your exhale twice as long as your inhale. For example, breathe in to the count of 4 and out to the count of 8. Keep it at the same pace. You don't have to do it perfectly. Human beings do better with practice.
• Take another deep breath in (as above) and on the exhale say in your mind, “I live and breathe in the flow of the Universe.” Repeat this for 5-20 minutes, 2 or 3 times a day, until you feel calm and open. Be curious about what you notice. Rather than judge it, see what you can learn from it. As thoughts, pictures or memories come into your mind, thank them and simply return to your intention statement. You don't have to do it perfectly. There is no such thing as a mistake. There is only new information.
• Through-out the day, anytime you are about to judge yourself or anyone else,
say to yourself (like you really mean it), “I love you, (your name)” and smile.
Trungpa Rinpoche says, “People always want to change their lives instead of using their lives to wake up.”

Read my articles in the Edge Magazine...